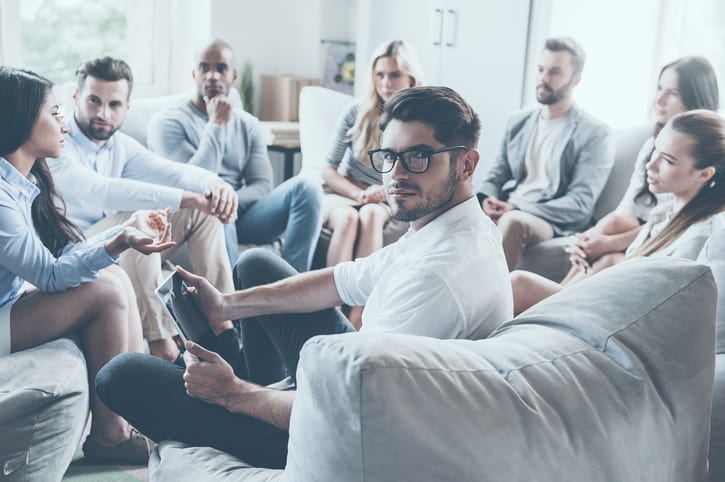 The afterword of my recent book, Evidence Considered: A Response to Evidence for God contained the following.

I began this book to discuss the evidence for God. Over time, a second, more important goal emerged, on how to have the discussion. This is a vital conversation and we need to talk about it.

The topic is intertwined emotionally with our very being. Many people have been hurt by religions and the religious. But in general good people do good things and we should strive to assume the best of intentions, even when we disagree or have been hurt.

However, we also must be aware of the dramatic impact that our religious beliefs have on society. That alone makes this a conversation worth having.

If this book has challenged you in any way, I ask that you discuss it with friends and family in order to continue the conversation. Be curious about their beliefs and, more importantly, the reasons for their beliefs. The question “Why do you believe that?” can and should be asked, and the search for truth should never stop.

I would love to hear your thoughts, comments, questions, and ideas. I have appreciated hearing from people recently on my Facebook page, and I have tried to keep up with the discussion. It makes for interesting reading.

I have been working (obsessively) on a second book (working title: The Resurrection Considered) which is still forming, though I’ve written about 40,000 words so far. Who knows how many of those will end up on the cutting floor, but a structure is starting to emerge.

Why this subject matter?

Evidence Considered, looked at the arguments of Evidence for God and showed why they did not convince me. I choose Evidence for God because it represents the apologetic case effectively. It is written by thirty-seven different authors, mostly academics, and therefore gives the broad flavor of the reasons to believe with appropriate rigor. Similar works (The Case for Christ, Cold Case Christianity, God is not Dead) cover much the same material, but without the representation of more than the common-sense of the intelligent enquirer. These have their place, of course, and is more the spirit of my response. But we should not need twenty years of academic study into the nature of agency, for example, to believe in God. Each person should be convinced and should know what it is that convinces them.

A book of such breadth sacrifices depth. In fact, even as a Christian, I was never satisfied by the moral argument or the argument from design although I enjoyed discussing them. For me, it hinged on the resurrection. If the resurrection “really happened” then it validated everything (or so I thought). The other arguments for Christianity were peeled away over time until just this remained.

I felt this was biblically justified, however. Paul tells us: “For I determined not to know anything among you, except Jesus Christ, and him crucified” (1 Corinthians 2:2). I quashed down any unease that Paul would say “crucified” rather than “crucified and risen.” Surely, this was just a poetic way of speaking? After all, he eventually claimed himself to be a witness (1 Corinthians 9:1) and discussed the resurrection in Chapter 15 linking it to the final resurrection of all believers.

I started looking at this from a purely historical perspective. But I realized that there was an itch that I wanted to scratch, which is what does the resurrection do?

I have been in conversation with numerous people from pastors to normal Christians trying to figure out what people think about this. It is fascinating how even the professionals will say something like “I’m not really into theology,” as though understanding the resurrection were an optional extra for Christianity. Even more fascinating is that for many people it is.

When pressed people often don’t think that God needed to kill Jesus, but that there must be some mysterious thing going on. Are we really satisfied with penal substitution? Where did this belief come from? What heavenly purpose did the resurrection have, if Jesus’s death had already paid the price? What are the alternative views on this?

Thus the book expanded to cover the theology of the resurrection also.

But then I realized that we needed to know how it is that we know anything. Critical Realism is a common model among philosophers especially among the humanities in the United Kingdom. N. T. Wright starts his Christian Origins and the Question of God series discussing epistemology generally and Critical Realism specifically. Gary Habermas and Michael Licona begin their book The Case for the Resurrection of Jesus with a discussion of historical principles.

This often comes back to a discussion of worldviews. I think it is very healthy to have a bit of introspection on this sort of thing every decade or so. A large number of us effectively inherit our beliefs from our much younger self. We would not necessarily trust people much younger than ourselves with anything of great importance, but here our very identity is determined by just such a person: a decision we made decades ago.

Another issue that emerged as I wrote the first draft is that Positivism is all but disregarded among philosophers, while it still has a huge influence on popular culture. N. T. Wright makes this point in Christian Origins and the Question of God, where he says:

The hard-and-fast distinction between objective and subjective must be abandoned as useless. If anyone, reading that sentence, at once thinks ‘so there is no such thing as objective knowledge’, that merely shows how deeply ingrained the positivist tradition has become in our culture, just at the moment when its perpetrators have finally admitted that it was wrong.

So the emerging structure is Epistemology, Theology, and History.

In the section on Epistemology, I discuss how we know what we know and how this framework can be used to determine moral truths and historical truths in particular. I base my framework on Critical Realism, but take and try to justify deliberate choices as I go. I try to show how these choices either lead to an improved conversation in search of truth or a break down of conversation, which is why this is an important discussion.

I then look at how this applies to moral truths. This gives me an opportunity to re-look at the moral argument for God; the common criticism of atheists as lacking a moral reference point; and a comparison of this model with the commonly presumed better model of examining and interpreting the Scriptures. But the broader discussion of morality will be important when we come to theology.

I also consider how this applies to historical truths. Here I consider some of the views presented in The Case for the Resurrection of Jesus, as well as N. T. Wright’s views in order to ensure that I am not arguing against a strawman version of the case.

The second section is on Theology. It has been fascinating reading and talking to people about this. There is a surprising diversity of views here, as well as an evolution of views over time. These views grow out of different circumstances and present different understandings of morality and the nature of God. Of course, I do not have skin in the game anymore, but I think that has made it easier to think about. I seek here really to understand the various perspectives on the theology of the resurrection in particular and ideas of atonement in general.

The third section is on the History. This may become two sections, discussing what the historical facts are that need explanation and what competing explanations exist. In the current version, these are blended together, but it may become important to separate them. The reason for this is the question of certainty. Even if we are certain about the historical facts, we may lack certainty about the explanation for them. This sets up an asymmetry in which many Christians believe that they have certainty about it (not all, by any means), while dissenters need simply be unconvinced.

I am enjoying reading and writing about this. And, even more, enjoying having conversations with anyone willing to enter into it with me.

Some of my current reading includes:

It has been a real privilege to be able to spend so much time reading this year. I think about this often as I consider my options going forward.