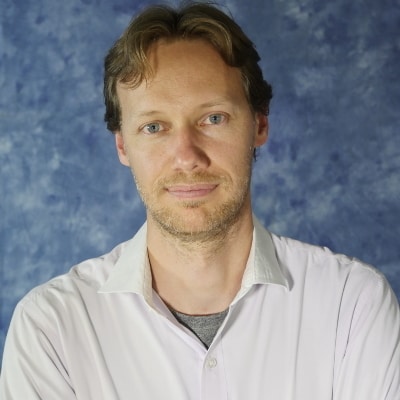 I am an independent author. If you would like to support me, please buy the book and write a review.

I was a Christian for more than three decades. I had the usual questions and experiences but held fast through them all. The feeling of struggling to understand the Bible or of feeling like your prayers go nowhere is somewhat familiar to Christians, I think. But I held on because I believed that there was convincing evidence for the claims of the Bible. I believed that people had witnessed Jesus alive again and then gone on to be tortured to death, rather than admit that they had not seen him. I read, I studied, I led Bible study groups, I went to church, and I prayed despite the long, dark nighttime of the soul. I prayed that I would be the “good and faithful servant.”

One day in the middle of 2015, a question popped into my head: What do atheists make of the evidence for the resurrection? I had read many popular books by atheists but felt that none of them adequately addressed that question specifically. Of course, such books exist, and with the internet, it was easy enough to find them.

I was unafraid of the truth. I was sure that I would find the gaping holes in their arguments, and the cognitive dissonance that atheists must have to hold their worldview together. I was convinced that my faith would only get stronger as a result of this study. It rocked my world to discover that within a couple of months I was ready to become an atheist. It shocked me, even more, to find out that I had a greater sense of contentment than I had ever had before. The journey from one to the other was disquieting at first, and so I started to write. After all, Christianity had been a large part of my identity.

Many atheists dismiss religion on general grounds, saying for instance that the atheist and the Christian are both atheists when it comes to the vast majority of religions (Ra, Jupiter, Odin, etc.), but the Christian suddenly loses their skepticism when it comes to this one set of claims. Whatever the merits of this approach are, I have not followed it here. The issue is that it causes the two sides not to engage with each other. Christianity is the dominant religion of the culture in which I live, and so I wanted to tackle Christian arguments directly, robustly, and with integrity.

One of the benefits of writing is the opportunity to read and learn. A book that grapples with these issues is the collection of essays edited by William Dembski and Michael Licona entitled Evidence for God: 50 Arguments for Faith from the Bible, History, Philosophy, and Science. I am open to evidence, and so I read this book closely and with fascination. I admire the quest for truth and the broad scope of apologetics that it covers: it took me on a journey deep into areas that I had not considered before. However, as I worked through it, reading and learning as I went, I realized that I wanted to bring my own thinking to bear on these questions. I do not seek to belittle or attack the writers, nor to critique Evidence for God, but rather to test their arguments and findings.

I am open to evidence and so I studied the book. Evidence Considered presents 50 responses to these essays and shows why they leave me unconvinced.

If you are a rational Christian, and would like to examine the reasons for your faith more closely, read this book. I have included sufficient detail so that it is not necessary to have read Evidence for God. Each chapter is self-contained, referencing other chapters where necessary.

Get the book here in Kindle, Paperback or Audiobook

I wrote this tool for myself to help with research and reading. It ended up being (in my view) the easiest and best ebook Bible (Bible for Kindle). This edition of the Bible was designed to take advantage of the ebook ability to hyperlink and provides useful and intuitive navigation tools. You can also highlight passages and take notes. These notes are available across all your devices (Kindle, tablet, phone) as well as at read.amazon.com.

It also provides over 1,300 cross-references and over 1,100 footnotes. These include cross-references between the gospel parallels and links forward from the Old Testament back to New Testament verses that refer to them. These are not usually included but are extremely useful both for navigation and for easy and effective exploration and study of the Bible.

The footnotes provide factual context related to translations, historical context, and other material intended to help understand what the original authors meant. They do not provide theological commentary.

You can read about this Bible and why it is useful here.

While Evidence Considered discussed a broad range of apologetic arguments, and demonstrated why none of them were convincing, one of the chapters discusses the evidence for the resurrection. For many Christians, this is the crucial point, on which all else hinges. It certainly was for me.

Gary Habermas and Michael Licona wrote a book, referenced in Evidence for God, called The Case for the Resurrection of Jesus. In this book they delve deeper into this subject, and my next project considers this book’s arguments in more detail.

I have previewed some of the chapters for this book in my blog, so please feel free to look there for more details. Go to the blog

This is temporarily on hold as I have been engrossed in another book project. This one is fiction and ties together a bunch of topics that fascinate me…

I love hearing from people and have had some fascinating conversations on this topic. I always read and normally respond to messages. It sometimes takes a little time.